Many different builds and guides were published after Garrosh was released. Instead of looking for the guides and copying them or putting them together ourselves, we sat down with Mopsio, professional warrior player, drafter and shotcaller for a member of the European HGC - Team Zealots. We found out,  what does he think about the newest warrior in Nexus, what builds does he recommend and we have also recieved a few tips and tricks. 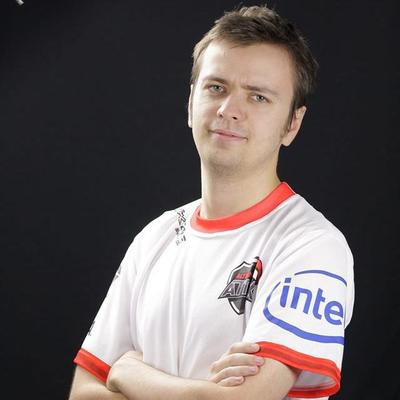 It has been a couple of days since Garrosh was released. Did you have a chance to play him in scrims or hero/team league?

We have a break from scrims until the next week so not yet, but in Hero League he looks really broken. Both kit and numbers look extremely strong !

Before we dive into talking about his abilities, how would you rate him based on your experience in the following categories: Tankiness, Damage and Utility on scale from 1 to 10 (10 is the best)? And what hero would you compare him to?

I think with those categories it's really simple to give him :
Tankiness: 8/10 - He's vulnerable to consistent poke damage but when he reaches an opponent with his axe he looks unkillable.
Damage: Before level 10 : 2/10; After level 10: 8/10 (the ultimate is real threat to everyone!)
Utility: 9/10 - a lot of throws/stuns/slows and combo potential! The only reason why it's 9 and not 10 is his lack of mobility.
Garrosh does not really have a hero that can be compared to him because he's the first tank without a gap closer and possibility of escape (which johanna gets at level 7 with movement speed). His biggest weakness is waveclear, which he lacks completely. You can draft him when you have waveclear secured in other heroes like Guldan/Tassadar.

His tankiness is mainly caused by his trait, Armor Up. It has an interesting mechanic, which in theory makes him "weaker" against targets with burst and "stronger" against heroes with fast but weaker attacks. How does it feel in real gameplay? Does he really suffer that much against burst?

It depends on what kind of burst, remember that you get armor after every attack you recieve so I never really had situation in which I got bursted.

The way Armor Up works, makes him a great pick together with a sustained healer or a shielding hero like Tassadar. However if he can't get paired with one, he can use his Bloodthirst ability to heal up for 10% of missing health (20% if used on enemy hero). When is the best time to use it in a fight? Does he have any other talents which help him sustain throught incomming damage better?

I think it depends on the build. If you go for Bloodthrist cooldown level 4 and 10% max hp talent at level 13 then the way to go is to press bloodthirst in the beginning of fight on an enemy hero to have the HP regen and then you go and autoattack enemy heroes and cast it in the middle of fight when usually you are below half of hp. The moment when you start being extremely tough to kill begins at level 4 with autoattack cooldown reduction!

Is there any situation when it might be better to pick the shield from Defensive Meassures over Blood Craze? Especially paired with the cooldown reduction at lvl 1?

I think this shield is not that valuable because you rarely go for that quest at level 1. You go for either throw range or Body Check.

Part of his utility comes in the form of pulling enemies with his Groundbreaker ability. Because the enemies get pulled only if they get hit by the rear part of the ability, this surely creates interesting mindgames between the players?

Indeed. It creates a lot of space but at the same time it makes Garrosh vulnerable when you use it and get nothing in return. This is also another argument why you don't pick the quest talent at level 1!

A lot of the players try to dodge it by walking closer to Garrosh. That is where the Wrecking Ball comes into play. Combo it together with Groundbreaker (or just use it when they walk to you) and you can throw enemies behind your walls or split them from their team. This makes Garrosh a really strong push defender. What is the best use and best target of this ability in a team fight?

This question is very situational to answer by just talking about that. Your job as Garrosh is to make sure you move the opponents to make sure they cannot be saved and to create as much space in teamfights and rotations as possible - you need to decide where which spell fits the most.

With the strenght of the Decimate, where the damage can ramp up rather quickly and where you can almost constantly keep the slow up in a team fight, it almost feels like he has only one ult. Is there any situation you can imagine not picking Decimate?

I don't think so, too much dmg and slow.

There has been a constant talk about him whether he is viable as a solo warrior. Some players, with Bakery amongst them, say that he is not as he lacks any reliable engage. What do you, as a Warrior player think?

Could you say an example of a comp where you think he is viable as a solo tank?

Not only comp but also the map! I think his strongest maps are BoE and Braxis. On BoE I would pick him with Malthael, Greymane or Valla, Tassadar, Rehgar and any Mage like Li-Ming

Given his strenghts and weaknesses, what team comps do you want to play Garrosh gainst and which comps you want to avoid playing him into?

I see him as an extremely strong peeler and I would avoid playing him against long ranged poke comp with Chromie. I would also suggest to not play him against malthael!

In a normal game, what would your recommended build look like? What talents are mandatory and which talents can be changed based on team comps?

This is the standard build I reccomend using in most cases: 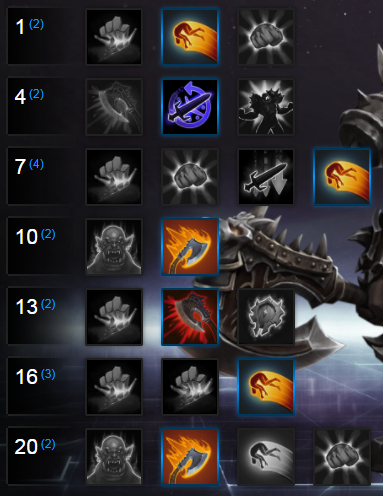 Against strong CC comp I reccomend this build: 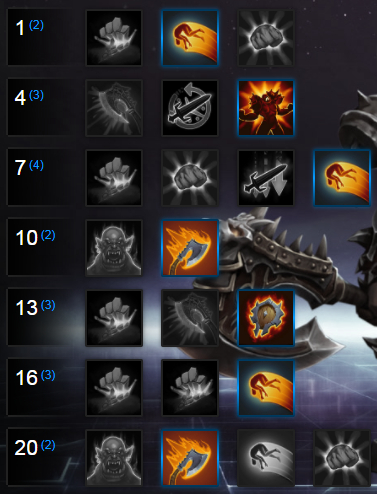 First one is making you more beefy, second is making sure you won't get bursted and while you are low hp you can heal urself for a lot of HP.

Is there any nontraditional build which can be really strong in a special circumstance? Like Body Check build with healing reduction against Rehgar etc?

I'm not sure yet, still trying different builds! Need to play at least 10 games with 1 build to see his strenghts and weaknesses!

Thank you for this rather extensive interview, any shoutouts or final words?

Thank you for so many interesting questions! Big shoutouts to my and my team's fans, my teammates and we're looking for sponsors, hit us up!